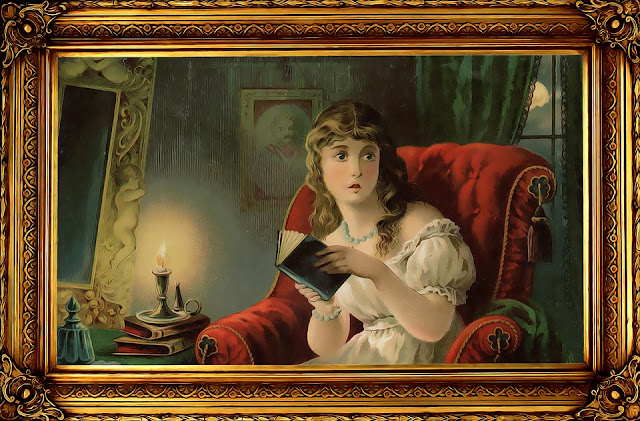 Do you think that the popularity of dark, scary thrillers is a recent phenomenon? If you do, I’d like to introduce you to the “horrid novels” of the Regency era – just in time to add to your Halloween reading list.

If you read Austen’s Northanger Abbey you’ll find a discussion of seven "horrid" novels that the worldly Isabella Thorpe insists that Catherine Morland, the naïve young heroine, read straight away. Not only were these stories familiar to Jane Austen, she satirizes them in Northanger Abbey.

In Austen's story, 17-year-old Catherine is heavily influenced by the Gothic novels she reads. As a result  she believes she sees evidence of sinister deeds,  including murder, when she visits her friend's home, Northanger Abbey. Before we can get to a happy ending, Catherine must mature, rein in her imagination and appreciate the difference between fiction and real life.

Here are the seven Gothic novels (with their actual publication dates) that Isabella Thorpe recommends to Catherine Morland in Austen's sprightly tale. For over a century scholars thought that Austen made up some of these book titles, but further research proved that all of these books actually did exist.

Austen also has her heroine discuss two other books that were wildly popular at the time: The Italian (1797) and Catherine's favorite, The Mysteries of Udolpho (1794), both by Ann Radcliffe. Radcliffe, an English author whose lifetime encompassed the Regency, is considered a pioneering Gothic novelist, and her five bestsellers made her the highest-paid professional writer of the 1790s. 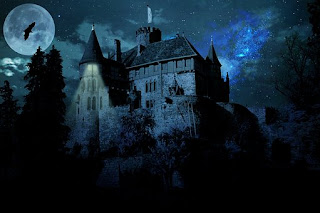 Though the storylines and the settings varied somewhat, Gothic fiction during Jane Austen's time had several common characteristics.
An atmosphere of mystery was a given, along with plenty of drama, fear and suspense. Here are few other important elements that crop up often in these tales:

Later Gothic fiction also featured monsters, such as Frankenstein, written by Mary Shelley in 1818, and the titular vampire in Bram Stoker's Dracula, written in 1897.

Gothic fiction, and especially its sub-genre Gothic horror fiction, is every bit as popular today as it was during the Regency era. Vampires are espeically well-received by the reading public. Notable examples include the Twilight series by Stephenie Meyer, Anne Rice's Interview with the Vampire, and Charlaine Harris's  The Southern Vampire Mysteries, which was adapted for television as the HBO series True Blood.

Gothic-inspired novels, like many of those written by Stephen King, translate especially well into film and also appeal to modern-day horror fans. So do the marvelously weird and creative films of Tim Burton, including Beetlejuice, Dark Shadows, The Nightmare Before Christmas, Corpse Bride, and his version of Alice in Wonderland.

I guess it all comes down to whether, or how, you like to be scared, especially on Halloween. As for me, I like humor with my frights. So, on that note I'll leave you with a funny scene from the modern  Gothic film classic Beetlejuice, when a dinner party in a haunted house goes horridly astray.