What is it about ghosts and theatres? There seems to be something about the excitement and intense emotions of a show that encourages spirits to hang around, like afterlife groupies hoping to get invited backstage.

Theatres in England are rife with ghosts and psychic phenomena. And a lot of these ghosts are known individually as the “Grey Lady,” which I think shows a distressing lack of originality among the deceased thespian community!

For this post, let's look at the Theatre Royal in Bath. From what I can tell, the whole  place is crawling with ghosts and poltergeists.

This theater's “Grey Lady” smells of jasmine and appears in 18th century gowns, her hair adorned with feathers. The story goes that she committed suicide, though there are three different accounts as to why.

In one account she killed herself after her lover died in a duel. Another story has it that she was in love with an actor, and she would sit in one of the top boxes to watch him perform. When he didn’t return her love, she killed herself.

The third version also involves unrequited love between an actor and a theatergoer, except the lady was the actor and it was the theatergoer who spurned her.

Consistent in all three accounts is the suicide. In most versions the lady hangs herself behind a door. However, at least one variation has the lady jumping to her death from a high window

Bath's "Grey Lady" manifests itself as a smoky apparition, either solid or wispy, and is sometimes seen in the corridor of the theater’s Dress Circle. However, the ghost's usual haunt is the top left box, facing the stage. She doesn’t seem to bother anybody, but people who have seen her report feeling depressed and miserable, as if she somehow transferred her despair to them.

But that’s not all the spooky stuff going on in the Theatre Royal. There’s the Phantom Doorman lurking by the entrance, believed to be the ghost of a man who once worked at the theater. Only cast members have seen him.

And the Garrick’s Head public house, adjacent to the theater, has its share of strange phenomenon, too.

The pub is in the building that was once the grand home of Richard "Beau" Nash, a famous dandy in Georgian England.

Nash is best known for his role as the Master of Ceremonies and undisputed social leader of Bath when the spa town was a fashionable destination in the 18th century.

Like the Theatre Royal, the Garrick’s Head is also  haunted by the Grey Lady. There is other paranormal activity there as well. Every year a blood stain mysteriously appears in the exact same spot on the pub's floor. And once, in the 1990s, a cash register was violently hurled several feet across the bar by an unseen force.

But there’s one more ghost in the Theatre Royal that deserves a mention. In 1948, a dead tortoiseshell butterfly was found on stage while the company was preparing to mount a children’s pantomime. Shortly after the dead butterfly was discovered, the show’s manager and producer, Reg Maddox, dropped dead of a heart attack on stage while lighting a scene.

You might think there would be a scary ghost story to follow. But apparently Maddox haunts the theater in the form of a benevolent butterfly. Seeing the winged insect fluttering in the rafters before a pantomime means the performance will be a hit. And tortoiseshell butterflies seem to show up out of nowhere, to greet visiting stars or encourage performers. In fact, every time Reg the butterfly ghost makes an appearance it’s greeted with affection.

I wish all ghosts were so nice! 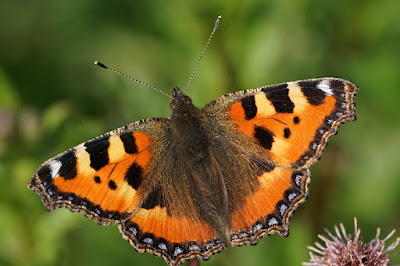 Next time: More tales of hauntings, just in time for Halloween!

"The Butterfly, Grey Lady and other Ghosts... - The Theatre Royal - Bath, Somerset," Waymarking.com

Ghost image by ariadne-a-mazed from Pixabay

Other images courtesy of Pixabay and Wikimedia Commons