"There's Death in the Pot": Frederick Accum and food additives

Ever wonder what’s actually in the food you buy at the store? Do you scour food labels, straining to understand what ingredients like maltodextrin, diglycerides, carrageenan, thiamine mononitrate, or soy lecithin could possibly be?

It would take a chemist to sort out what's in the food we eat, and a chemist is exactly what Frederick Accum was. He was also one of the first people to recognize the need for regulations and standards when it came to additives in food processing.

Friedrich Christian Accum was born in Germany in 1769. He came from a family of soap-makers, and the family business gave him the opportunity to get an education and train as an apothecary, a professional much like a modern-day pharmacist.

In 1793 Accum emigrated to England to work with George Brande and his firm, who were apothecaries to the ailing King George III. In his new home, he Anglicized his first name to "Frederick," got married and started a family. By 1800 he’d established himself as a scientist and an entrepreneur, writing textbooks, teaching classes and giving public lectures. He also sold chemistry-related supplies and apparatuses and offered chemical analysis services.

A scientist of wide-ranging interests, Accum also wrote well in the language of his adopted country. He researched the science behind gas lighting, and his book on this new technology, A Practical Treatise on Gas Light, was ground-breaking when it was published in 1815.

By 1820, though, Accum had turned his attention to food. He studied and wrote about the science involved in cooking, baking, and especially brewing. During this time, the population of Britain, especially in its cities, was rapidly growing. To meet the increasing demand, food was beginning to be processed and distributed by industry, using factories, instead of by farmers contacting consumers directly.

Manufacturers soon learned that certain chemicals could make processed food look more appealing and boost profits, so they were trying out all sorts of untested additives. These spurious ingredients were added to improve the weight, taste or appearance of food.

Accum was one of the first to analyze these new food additives. He also found that there were very few checks on food manufacturers. Through chemical analysis, Accum discovered that much of the food being produced contained a variety of additives, some of them potentially lethal.

For example, Accum found that bakers were adding alum (aluminum potassium sulfate) to flour, red lead to Gloucester cheese to give it a nice color, and toxic salts derived from copper and lead to give candy brilliant hues.

Other adulterations Accum discovered included “wine” that was really just spoiled cider with additional color, dried blackthorn leaves being passed off as tea, and sulphuric acid added to vinegar to give it an added “zing.” 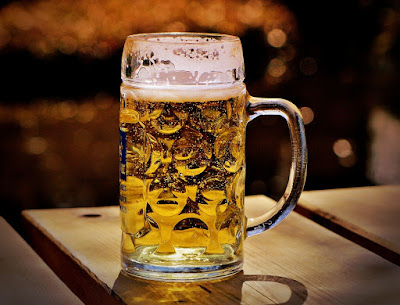 But it was his revelations about beer, a beverage that was widely consumed and a source of nutrition, that garnered the most attention. Accum’s chemical analysis showed that London brewers were doctoring their brews with iron sulfate, known as green vitriol, and aluminum potassium sulfate to give their beers a good head of foam, as well as Cocculus indicus, a poisonous extract, to give it a characteristic bitter taste.

Perhaps even more unforgivably, Accum’s studies showed that the beer that reached the public was somehow watered down – the alcohol content that registered 7.25 percent in the factory was really only 4.5 percent by the time the consumer got it.

Accum’s 1820 book, A Treatise on Adulterations of Food and Culinary Poisons, was a Regency best-seller, all copies sold within a month. Sales were undoubtedly boosted by the sensational cover illustration, which featured a fly trapped by a spider in a web, writhing snakes, and a skull and crossbones, topped off by a quotation from Bible [2 Kings 4:40]:  “There is death in the pot.”

Nobody loves a whistle-blower. Although sales were great, the book aroused the ire of food manufacturers and put a target on Accum’s back. He was arrested and charged with defacing books in the library of the Royal Institution (a pre-eminent London research and education center) and even though the case was eventually dismissed, Accum was publicly humiliated. He left England in 1821 and spent the rest of his life in Germany.

When Accum left England, the question of adulterated food conveniently went away, at least for a while. It briefly resurfaced when Parliament passed the Adulteration Act in 1860, but that act had no teeth and was pretty much unenforced.

It took the passage of two more acts, The Adulteration of Food Act in 1872 and the Sale of Food and Drugs Act in 1875 for processed food to regulated in Britain.

You could say that on this side of the pond, the Pure Food Act passed by Congress in 1906 owes a debt to the work of Frederick Accum, as well as the formation of the U.S. Food and Drug Administration.

So whether you buy a loaf of bread, open a box of candy or enjoy a glass of beer or wine this holiday season, you might want to propose a toast to Frederick Accum, one of the first scientists who cared about the health of people who ate processed food and tried to do something about it.