Jenner's Legacy: Part 3 of Edward Jenner and the First Vaccine

Jenner’s development of a vaccine in the 1790s was only the beginning, not the end of the story of the fight against smallpox. It took the work of many other scientists to test and create a smallpox vaccine that was uncontaminated, stable and could be safely transported to countries around the world.

In 1853 Parliament made smallpox vaccinations mandatory for infants in Great Britain. By the 1860s two-thirds of all British babies had been vaccinated and there was a resulting drop in the number of infant deaths caused by the disease.

However, vaccination remained controversial and anti-vaccination leagues formed in Britain and the United States. Fortunately, vaccinations continued and the disease’s grip on mankind weakened.

Following a series of global vaccination campaigns in the 19th and 20th centuries, success came at last. In 1979, the World Health Organization declared smallpox officially eradicated.

Smallpox is still the only human disease that has been exterminated by vaccination.

It took 180 years, but Jenner’s dream of wiping smallpox off the face of the earth finally became a reality. 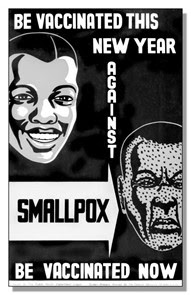 Edward Jenner died in 1823. A humble man, he was considered a hero in his lifetime and still is today.

While he may not have been the first to realize that cowpox could lead to immunity against smallpox, his work made smallpox inoculations popular.

Jenner's efforts also laid the groundwork for the widespread vaccinations that eventually defeated the disease.

In addition, his scientific inquiries became the basis of the modern science of immunology.

Jenner’s work put him ahead of his time – so much so that it took almost another century before French chemist Louis Pasteur developed the next vaccines, for rabies and anthrax, in the 1880s.

But why is that we call all inoculations “vaccines”? Jenner’s name for his discovery came from the Latin word for cow, “vacca.” So, technically, it should apply only to his cowpox vaccine.

But Pasteur wanted to pay homage to Jenner’s creation of the first vaccine by naming all inoculations, including the ones he developed, “vaccinations” even though cows had nothing to do with them.

Pasteur’s tribute to Jenner caught on and that’s why now we have “vaccines” for influenza, tetanus, shingles, pneumonia and many other potentially deadly diseases.

And now we can add COVID-19 to the list of diseases that can be prevented by vaccination. The vaccines, whether manufactured by Pfizer, Moderna or Johnson & Johnson, can be traced to Jenner’s pioneering work over 200 years ago. 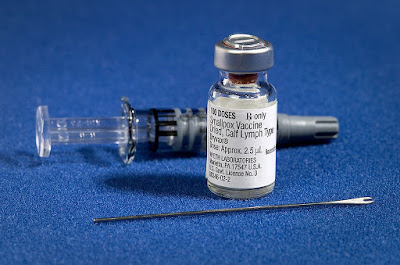 For more information on this topic see this article, “Edward Jenner and the history of smallpox and vaccination,” available from the National Institutes of Health.

Also, read this article on smallpox vaccines by the World Health Organization. (It’s a relief to know that despite the disappearance of smallpox there are still stockpiles of vaccine in existence.)