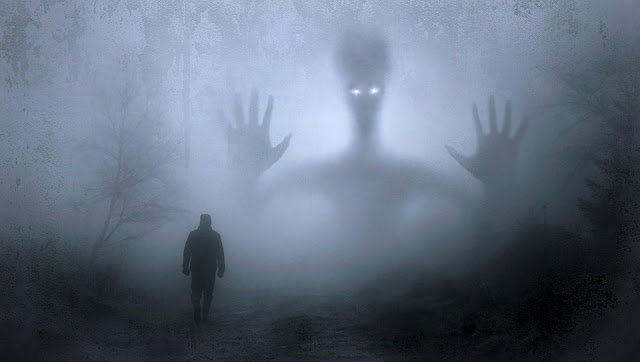 It’s almost Halloween – the spookiest time of the year. And while Regency folks didn’t celebrate the holiday as extravagantly as we do now, they did have their share of ghosts and costumed imposters, people pretending to be someone else – though they weren't trick-or-treaters!

One well-known imposter during the Regency was Princess Caraboo.

This bogus royal figure wandered into Almondsbury, a village near Bristol, in the spring of 1817. A young woman, she appeared dazed and disoriented. She was dressed exotically in a black gown with a black and red shawl, and she spoke no English.

The first person she came across was a cobbler, who took her home. His wife sent her to the local magistrate, Samuel Worrall. Worrall and his American wife Elizabeth noticed that the young stranger seemed to be interested in Asian art, knew the Indonesian term for “pineapple,” and responded to the name “Caraboo.”

Nonetheless, as the local magistrate, Worrall declared the woman a vagrant and had her briefly imprisoned in Bristol.

But that didn’t deter “Caraboo” from continuing her charade. A Portuguese sailor spoke to her while she was in her cell and claimed he could understand her. He then informed her jailors that they had a genuine princess on their hands.

He said she was from Javasu, an island in the Indian Ocean. He claimed she told him she’d been captured by pirates while on a voyage, narrowly escaping their evil clutches by jumping overboard in the Bristol Channel and swimming to shore.

What a great story! The Worralls took her back to their home, where she became a local celebrity. Villagers were fascinated by her strange habits, which included using a bow and arrow, praying to Allah, and swimming naked in the ocean.

The fact that she was “attractive and prepossessing,” according to a contemporary account, probably helped people jettison their doubts and believe her outlandish tale.

She maintained her masquerade for months, careful never to break character. But eventually, the truth came out: “Princess Caraboo” was a former servant named Mary Baker, whose depressing history included being deserted by her husband, having a child who died in infancy and being homeless.

No wonder she tried to escape her past.

When Mary Baker’s true background was revealed, the people she duped did something surprising: kind-hearted Elizabeth Worrall arranged for Mary Baker’s passage to Philadelphia.

Baker stayed in the United States for several years, eventually returning to England and living a quiet life with her daughter. She died in 1864 at the age of 72.

In 1994 Princess Caraboo’s story was made into a major motion picture, starring Phoebe Cates. Here’s a bit of it:

In a country as old as England there’s sure to be no shortage of ghosts to talk about. People during the Regency who wanted to sit around their hearth on dark autumn nights and tell scary stories had lots of options.

They could start with the Tower of London ghosts, a group that includes Anne Boleyn, the executed wife of Henry VIII, and the unfortunate Lady Jane Grey, who was Queen of England for only nine days before she was executed, too.

And there were more recent Tower spirits to talk about during the Regency. In 1816, a sentry at the Jewel House on the Tower grounds claimed he saw a ghostly bear charging towards him. Reportedly, the sentry had the living daylights scared out of him – literally. A few days later he died, with his death attributed to fright.

Then one year later, also at the Jewel House, the Keeper of the Crown Jewels (a man named Edmund Lethal Swifte) claimed he also saw a ghost. This time it was a tube-shaped, glowing figure, which hovered over the shoulder of Mrs. Swifte, terrifying her and her husband.

And of course, there was the famous Hammersmith ghost, a ghost story that panicked a village in 1803 until the unearthly being proved to be a living, breathing man, who was mistaken for a ghost and shot. The question that arose at the trial of the man who killed the "ghost" – whether it was a case of murder or self-defense since the man acted on a mistaken belief – became a legal issue that took almost 200 years to resolve.

But one supernatural story stuck out among the rest and had people talking for decades. It centers on the life and death of the “wicked” Sir Thomas Lyttelton, 2nd Baron Lyttelton.

Son of the 1st Lord Lyttelton who was a Lord of the Treasury and Chancellor of the Exchequer, Thomas Lyttelton was born in the Midlands in 1744. Educated at Eton and Oxford, he became a Whig Member of Parliament and a friend to the Prince of Wales –not Prinny, but his father, the future King George III.

Thomas was handsome, charming and talented, so it’s no surprise he attained such privileged positions such as Chief Justice of Eyre and Privy Councilor.

But he was also a well-known libertine. Although he was married he was famous for his drinking, gambling, and fornication – a trifecta of vice.

And almost as bad in the view of some of his contemporaries, Lyttelton was independently-minded on issues concerning politics and religious dogma. In fact, the adjectives of “wicked” and “bad” that got attached to his name had as much to do with his ideas as his promiscuity.

But the scandals and bad press during his life just make the story of his untimely death juicier.

In November 1779, Thomas came down to breakfast one day claiming that he’d had a ghostly dream the previous night, in which a little bird had flown into his bedchamber and told him he had three days to live. He made light of his dream and went on his way, apparently in perfect health.

Then, exactly three days later he died without warning just after going to bed. He was 35 years old.

Was his death caused by heart disease, or was it perhaps a natural result of his rumored drug use? Who knows? The only witness was his manservant, who said his lord had some sort of fit and then died in an instant.

In any case, this scary story was widely believed, even by such notables as Dr. Samuel Johnson. Many believers thought that the wicked baron got just what he deserved for leading such a debauched life.

A supernatural story wrapped in a morality tale – no wonder Lyttelton’s story was so popular.

So this Halloween, whether you’re donning a costume or watching a scary movie, I hope you remember these Regency stories. 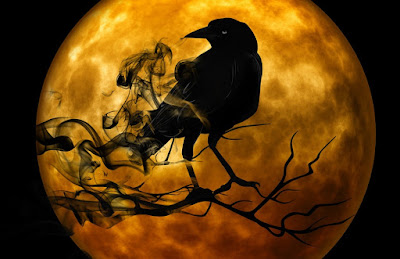 Images from Wikimedia Commons and Pixabay