Brillat-Savarin and the joy of food 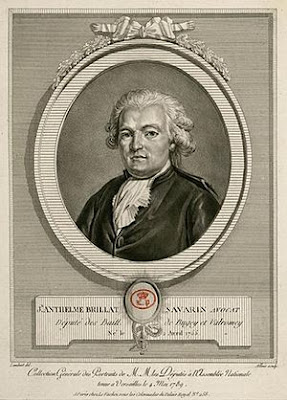 "Tell me what you eat, and I will tell you what you are."

These words appeared in a collection of essays by Jean-Anthelme Brillat-Savarin (1755-1826) titled The Physiology of Taste, or Meditations on Transcendental Gastronomy, published shortly before he died.

Now, Brillat-Savarin was a man of many talents and professions – scholar, lawyer, musician, jurist, government official, to name just a few – but what he’s perhaps most remembered for is his love of food and his rather detailed views on how to make the most of eating it.

Full of amusing anecdotes, witty reflections and even a few recipes, this book has never been out of print since it was first published in 1825. It’s also been referenced continuously by other food writers over the past two centuries, including New York Times best-selling author Michael Pollan, who's authored several well-reviewed works including The Omnivore’s Dilemma.

In his book Cooked, Pollan quotes Brillat-Savarin’s claim that cooking had “done the most to advance the cause of civilization” by teaching people to use fire.

Born in the Bugey region of eastern France, Brillat-Savarin came from a family of minor nobles who were progressive in their political views. When the French Revolution began, he was all for government reform and the establishment of a national constitution. He was even elected to represent Bugey at the Estates General in 1789. 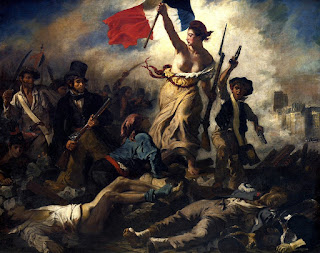 But when the revolution took a darker, more radical and violent turn, his moderate views became a liability and he had to flee to Switzerland to escape the guillotine. He spent many years in exile in the United States, in and around New York, playing the violin in theater productions and teaching French to the daughters of prosperous Americans.

When he finally returned to France after the Reign of Terror ended, Brillat-Savarin had a lot of stories to tell. He settled down to writing books about politics, economy, history and even the archaeology of Eastern France – serious tomes quite unlike his Physiology, which is spiced with aphorisms and entertaining accounts of lavish meals, drinking bouts and hunting expeditions.

Brillat-Savarin was also a leading social figure during Napoleon’s rule of France. His social standing was helped by the fact that his cousin (on his mother’s side) was the famed society hostess Mme. Récamier and he had a standing invitation to her much-sought-after salon. I wonder what kind of food and drink she served at her fashionable evening gatherings, and if her cousin the gourmand enjoyed her gastronomic offerings.

Even if you’re not a foodie you may still see evidence of Brillat-Savarin’s influence in products at your local grocery store or bakery. I found this carton of Brillat-Savarin cheese, a delicious triple-cream soft cheese that tastes like a tangier version of brie, in the fancy cheese section of my local store.

It’s a pity Brillat-Savarin never got to taste it; this type of cheese was created in 1890 and renamed in his honor in the 1930s. He most certainly would have appreciated a cheese named after him, though, since he says in his book that “dessert without cheese is like a beauty with only one eye."

And you may have eaten a pastry known as a savarin, which is made in a ring cake mold and soaked in Grand Marnier or other liqueur. It’s similar to baba au rhums (rum babas) sometimes also called savarins, but which I think are better known as the rum-drenched cakes that can make you tipsy at office Christmas parties – but maybe that’s just me.

Alas, this delectable dish was also never eaten by Brillat-Savarin, since it was created in 1844 (almost 20 years after his death) by a couple of Parisian pâtissiers or pastry makers, the Julien Brothers.

The Great British Baking Show aired a segment showing the contestants challenged with making a savarin, resulting in a lot of brow-furrowing and angst as they tried to master the confection. You can find the recipe used on the popular show on the PBS website.

I’ll end this post with one of the many amusing food-related anecdotes Brillat-Savarin recounts in his book:

"A man who was fond of wine was offered some grapes at dessert after dinner.

'Much obliged', said he, pushing the plate aside, 'I am not accustomed to taking my wine in pills'."

I’ll bet you think of that line the next time you munch on a bunch of grapes. 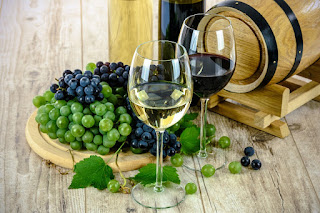 Also, here’s a clip from The Great British Baking Show showing the contestants struggling with their savarins and the expectations of the judges:

Images from Wikimedia Commons and Pixabay
at October 16, 2018