Humor is simply tragedy plus time, according to Mark Twain. And by that measure, it’s perfectly okay to laugh at what happened in London 412 years ago, when a group of fairly inept terrorists tried to blow up the House of Lords and King James I in a vain attempt to reestablish a Catholic monarch on the throne of England.

The details of the Gunpowder Plot, which didn’t go off as planned on November 5, 1605, are pretty well-known to British schoolchildren, and for Yanks like me, I wrote about the plot in a previous post.

But even if British children don’t pay attention to their history lessons, they’ll certainly notice the celebrations every November 5, the fireworks and bonfires that commemorate the contribution of Guy Fawkes, supposedly the explosives expert of the group, to the failed assassination attempt.

For a humorous take on the plot, here’s a 2-minute bit from the BBC series Horrible Histories:

And if you want another very funny but more detailed account of the key events, presented with typical British deadpan humor, contemporary music and even a suggestion of Butch Cassidy and the Sundance Kid, see this:

In addition to fireworks and fun on Guy Fawkes Night (also called Bonfire Night) people like to eat parkin, a cake that Americans may recognize as a type of gingerbread, with oatmeal added. I found a BBC Good Food Yorkshire recipe here. It’s from the folks who brought who brought us Downton Abbey, so I’m sure it's scrumptious.

However, this recipe, like many of the other parkin recipes I found, features loads of butter (some traditional parkin recipes use lard) and also lots of sugar in the form of black treacle (a type of unrefined crystallized sugar syrup), golden syrup (like treacle but lighter) and brown sugar.
Now, something you may not know about me (and why should you?) is that I have to be very careful about what I make for dinner. My husband had a heart attack a few months ago, and while he’s recovering very nicely (thank God) we’ve been impelled to make a few changes in our diet and lifestyle. Now we eat lots of whole grains, fruits and vegetables, and frankly, more fish than a bear. 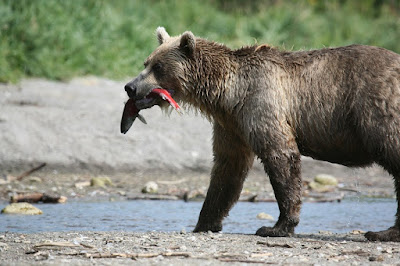 So you can see that traditional parkin won’t cut it in my kitchen. But I do love gingerbread, and after a diligent Internet search, I found a few healthier parkin recipes. I adapted elements from a few of these recipes (especially the ones located here and here), added a few twists and came up with my own creation.

My heart-healthy recipe helped me satisfy my gingerbread craving without incurring any guilt. Best of all, it earned the Husband Seal of Approval (HSA).

If you're interested in my revised parkin recipe, here it is:

Heat oven to 350 degrees. Combine the dry ingredients in a large bowl. Add the applesauce, molasses, and egg and mix well. Stir in milk and raisins. Pour into an 8 x 4 baking pan (greased and lined with parchment paper) and bake for about an hour. Cool on a wire rack before slicing.

It's not a traditional parkin by any means, but those who may be looking for a low-fat, low-sugar option may enjoy it.

And, whether you're eating parkin or not this Sunday, be sure to “Remember, remember the Fifth of November; gunpowder, treason, and plot!” 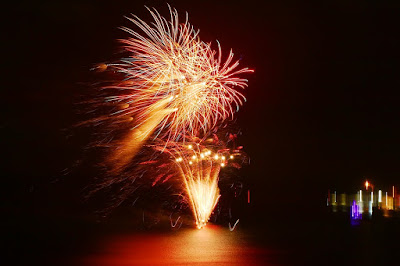 Email ThisBlogThis!Share to TwitterShare to FacebookShare to Pinterest
Labels: Holidays, Politics and Wars