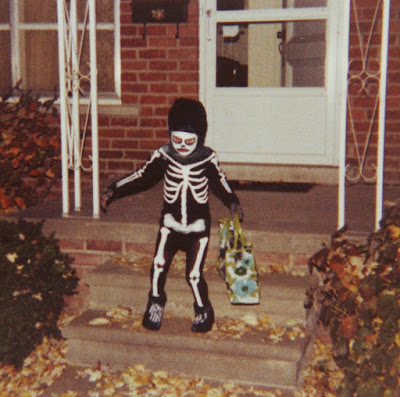 The custom of trick-or-treating combines two very old Celtic traditions: guising (wearing costumes and masks as a disguise) and souling (also spelled soaling), where the poor would knock on people’s doors to ask for ”soul cakes” (food) or money. In return, the supplicants would offer to pray for the souls of departed loved ones.

If “soul cakes” were the original “treat,” the “trick” in trick-or-treat has its origins in the pranks that were often played on Halloween night. There’s evidence that Halloween mischief-making goes back at least a couple of centuries.

There’s a line about “fearful pranks” in Hallowe’en by Scottish poet John Mayne, a 1780 poem about Halloween celebrations that may have influenced Robert Burn’s poem (described in this post) on the same theme half a decade later.

Throughout the years, pranks continued to be a popular feature of Halloween, and they took many forms. A lot of pranks focused on people’s homes and property, and anything left lying around was fair game for mischief. Belongings would be carted away, cows let loose, or wagons taken apart and reassembled elsewhere, like on a roof. 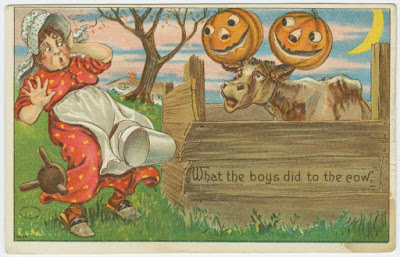 In more modern times, pranks have included egging houses, toilet-papering trees, ringing doorbells, soaping windows and even the rather disgusting practice of leaving a bag of dog excrement on someone’s doorstep, and setting the bag on fire before running away.

As the 20th century progressed Halloween pranks began to take a darker turn; in fact, during the Great Depression of 1930s Halloween was often all trick and no treat. In some big cities around the country, kids, especially those from the poorer areas or  “the wrong side of the tracks” would use cork to darken their faces and parade through the streets, knocking over garbage cans, coating windows with candle grease, setting fires and causing other sorts of property damage.

By the end of the decade civic leaders, fearing for the safety of their citizens, sought to put an end to destructive Halloween pranks and misbehavior. And these leaders began to look for other ways kids could have fun on Halloween night. Trick-or-treating began to look like the answer.

Trick-or-treating had been invented by the 1930s; it just wasn’t widely practiced. In 1921 the town of Anoka, Minnesota held the first official civic Halloween celebration and is credited with introducing trick-or-treating as a holiday event.

And the term “trick or treat” was used in print for the first time in the October 1939 issue of American Home Magazine. An article in the magazine described how a homeowner used treats to disarm pranksters who were intent on candle-greasing her windows. 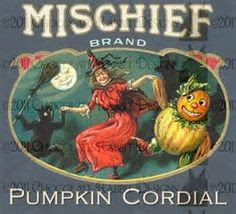 But the whole business of Halloween pranks and trick-or-treating was put on hold when World War II broke out in the early 1940s. There was a lull in Halloween night disturbances during the war years; after all, who needed Halloween to make trouble when there was already so much terrible mischief going on in the world?

But after the war ended, attention went back to preventing Halloween pranks. And trick-or-treating – emphasis on treat instead of trick – began to be promoted as an alternate activity for Halloween night.

It’s a classic bargain, Mafia-like in its simplicity: Give me something I like and I won’t harm you or your property. Boomer kids of the 1950s and 60s really got into trick-or-treating, and the demand for Halloween costumes, candy and decorations grew along with them. Today, Halloween is a multi-billion dollar industry and it shows no sign of slowing down.

This classic 1952 Disney Halloween cartoon featuring Huey, Dewey, and Louie helped make trick-or-treating a national phenomenon in the mid 20th-century. Watch how Donald Duck learns the hard way what can happen if you try to cheat trick-or-treaters on Halloween night: