The Despard Plot: Another Reason to Remember November

There must be something about the month of November and plots to kill the British king. The dastardly treason of Guy Fawkes and his band of conspirators is well-known, and the foiling of that plot is still celebrated 400 years after the event, marked with fireworks, parades and bonfires throughout Great Britain on November 5.
But what about Edward Despard? Where’s his bonfire?
Here’s what happened: in the fall of 1802 Colonel Edward Marcus Despard, a decorated Irish officer of the British Army who fought for the Crown during the American War of Independence, friend of Horatio Nelson, and for a time the designated superintendent of what would become the British Honduras, allegedly conspired to kill King George III.
On November 16, a week before the assassination was supposed to take place, Despard was arrested and charged with high treason. After a trial he was condemned to die by hanging, drawing and quartering, the last person in Britain to ever receive such a severe and painfully redundant death sentence. Before his execution on February 21, 1803, his sentence was commuted to the less elaborate but equally redundant procedure of hanging and beheading.
At the time of his arrest, Despard was meeting with a group of about 40 laborers at a tavern in Lambert. Government informants would testify that their plan was to assassinate the King, seize the Tower of London and the Bank of London, and incite uprisings throughout the city. The plot also supposedly involved the planting of several underground bombs.
Like Despard, many of the conspirators were Irishmen who’d done military service, and many of them were sympathetic to the cause of Irish independence, especially following the violent suppression by British soldiers of the Irish Rebellion in 1798.
Despard himself was suspected of being involved in the rebellion, and he was arrested and held without trial for nearly three years in a series of prisons. He was released without being charged in 1801.
But there was no such happy ending this time for Despard. Even the campaigning on his behalf by his wife Catharine didn’t sway the justices.
Catharine was a woman of African descent whom Despard met and married while stationed in the Caribbean. The Colonel brought his wife and their son with him when he came home in 1790 after nearly two decades of military service abroad. Their interracial marriage was highly unusual and perhaps even unique in England at this point in history.
In the New World, Edward and Catharine were advocates for the rights of freed black slaves, which didn’t make them popular with the white settlers. While Despard was in prison in London, Catharine worked not only to secure his release but also lobbied to improve prison living conditions for her husband and other prisoners.
Catharine persuaded Lord Nelson, who’d fought with Despard in the 1780 San Juan Expedition, to appear as a character witness at her husband’s trial.
Despite Nelson’s testimony, Despard was found guilty and executed with six co-conspirators at the Horsemonger Lane Gaol in Southwark, London. He proclaimed his innocence from the gallows in front of about 20,000 people, the largest crowd who’d ever gathered for a public event up till then.
That record stood for only two more years, when it was broken by the huge crowds who gathered in London and thronged the Thames riverbanks to witness Lord Nelson’s funeral procession in January 1806, following the admiral's death at the Battle of Trafalgar the previous October.
So, like Guy Fawkes, Despard was accused of plotting to kill the king. His plan involved explosives and was thwarted, also like Fawkes. He and his co-conspirators were publicly executed, again like Fawkes and his men. (Fawkes, however, actually fell or jumped from the gallows ladder right before his hanging and broke his neck, dying instantly and mercifully avoiding the gruesome mutilation planned as part of his punishment.)
In fact, this rhyme sung on Guy Fawkes Day could be easily adapted with a few minor tweaks to commemorate Despard’s plot:
Remember, remember,
The Fifth of November,
Gunpowder treason and plot;
For I see no reason
Why Gunpowder Treason
Should ever be forgot.
And yet Despard is forgotten just the same. So if you’re among the millions who'll celebrate Guy Fawkes Day this November 5, spare a moment’s thought for poor Edward Despard. The only thing worse than a failed assassination attempt is a failed attempt no one remembers. 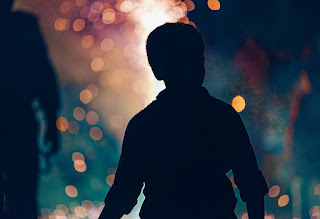 Images courtesy of Pixabay and Wikimedia Commons
at November 04, 2016

Email ThisBlogThis!Share to TwitterShare to FacebookShare to Pinterest
Labels: Personalities, Politics and Wars