It’s almost Thanksgiving Day here in the States, and this year I plan to distract myself from my post-election malaise by preparing a traditional Thanksgiving feast for my family and friends. So, along with cooking other delicacies I’ll roast a turkey, boil fresh cranberries with sugar to make a thick, sweet sauce, and bake a traditional pumpkin pie, to be served with generous dollops of whipped cream. My guests would feel cheated if I omitted any of those dishes.

But there'll be an addition to the menu this year. I’ve decided to resurrect a tradition from my past and make a mincemeat pie. Mincemeat pie is not a universal Thanksgiving treat, like pumpkin pie. It's an acquired taste, and some people won’t touch it. Even apple and pecan pie are better appreciated holiday desserts. But when I was growing up, it wasn’t Thanksgiving without at least one mincemeat pie.

How does mincemeat pie fit on a blog about Regency England? Well, I did some research and discovered that mincemeat pie is a traditional English Christmas treat. In fact, mincemeat may have been introduced to the British Isles when the Crusaders returned from the Middle East, bringing with them a taste for desserts that combined meats, spices and fruits.

Mincemeat (also called mince) pie was also popular at Christmas in Tudor England, and this dish had religious associations very early on. By one account it originally had thirteen ingredients, to commemorate the 12 apostles and Jesus. The spices - cinnamon, nutmeg and cloves - were symbolic of the gift of Magi. In early times mincemeat pies were often large and oblong, to represent the crèche of the baby Jesus.
Christmas pie, as mincemeat pie became known, could have veal, mutton or beef suet (raw beef fat) mixed in with fruits and spices.
Other additions to the mixture included brandy, apples, lemons, orange peel, prunes or currents. This pie is gloriously, decadently rich, and so naturally it was frowned on by religious reformers in later centuries.

When the Puritans came to the New World in the 17tthcentury, they brought their mincemeat recipes with them. But they were a notoriously dour lot who didn’t celebrate religious holidays with any sort of gusto, much less a festive dessert, so they didn’t approve of Christmas pies.
Instead, their mincemeat pies gradually became part of a new tradition they established on American soil, a meal of thanksgiving.
A jar of store-bought mincemeat and a packaged pie crust makes this pie ridiculously easy to prepare, and that's how I'm going to make my pie. And the mincemeat I’m using, like a lot of the mincemeat filling you'll find at grocery stores, is imported from the U.K. and doesn’t contain any meat. (It does, however, have a staggering amount of sugar, a fact I'm trying to ignore.)

But for those of you brave enough to make mincemeat pie filling from scratch, or who are just curious as to how it's done, here’s an authentic recipe from the third and final volume of the Time-Life Book of Christmas series, published in 1963. These books, The Glory of Christmas, The Pageantry of Christmas and The Merriment of Christmas, were treasured holiday books in my family when I was a child.

This recipe reads like something out of another century, which I guess it is. But perhaps, like me, you enjoy reading recipes the way some people enjoy reading novels. If so, I assure you this one has it all - drama, action, and a delicious ending.

If you decide to give this recipe a try, you’ll see it’s not for the faint of heart. This is hardcore pastry work – no shortcuts here. You begin at the butcher’s counter to get meat and beef suet. You mix those ingredients with fruits, spices and a liberal dose of whiskey. After lots of boiling, you proceed to the next step, which is to ladle the mincemeat mixture into jars, seal the jars and put them through a water bath canning process. This step requires even more boiling. All this before you can even start making the pie.

I included the pie crust instructions, too, since they’re also something out of the ordinary. Full disclosure: I haven’t actually made a pie crust from scratch in years. Too much swearing is involved. As a kid, though, I helped my mother prepare the pastry for the Thanksgiving pies – she never would've used a store-bought crust.

May this mincemeat pie, or indeed any holiday dish you prepare, spur many happy memories for years to come. Bring on the whipped cream!

Mincemeat Pie, from the Time-Life Book of Christmas

For the filling:
Have butcher grind beef and suet together. In a large heavy saucepan, mix ground meat and fat with apples, sugars, molasses and cider. Bring to a boil. Stir in fruit, reduce heat and cook for about an hour, stirring often to prevent sticking. Add the spices and salt and continue cooking until very thick, stirring continuously. Stir in the whiskey or brandy and pack mixture into prepared jars. Adjust lids and process in hot water baths for 1½ hours. Seal, cool and store. Makes about 5 pints.

For the pastry:
Sift the flour into a large mixing bowl. Make a well in the center and add remaining ingredients. Mix center ingredients, then use a pastry blender or fork to work in the flour. If necessary, work in two tablespoons cold water to pull dough into a ball. Wrap and chill one hour.

Roll out pastry and fit gently into a 9-inch flan ring set on cookie sheet. Trim off excess pastry. Fill with 3 or 4 cups mincemeat, depending on the thickness of pie desired. Gather together and reroll bits of leftover pastry and use to make top edge of pie, and also leaf and berry cutouts for decoration. Bake in a hot oven (400 degrees) 40 to 50 minutes or until crust is a golden brown. Cool before removing ring. Makes 8-10 servings. 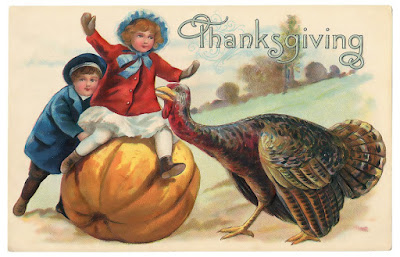 Images courtesy of Wikimedia Commons and Pixabay
at November 21, 2016