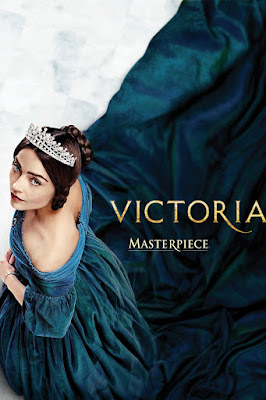 The second season of Victoria, the BBC mini-series on the life of Queen Victoria, is currently airing on Masterpiece (PBS) in the U.S. It’s a wonderful production, enriched by the performances of Jenna Coleman as the young Victoria, and Tom Hughes as her great love and husband, Prince Albert.

Regency fans are very aware that Victoria’s story starts in the Regency (she was born in 1819) and continued to involve people and events from that time period. After all, Victoria herself was the niece of King George IV (aka the Prince Regent or Prinny) and if it hadn’t been for the death of George’s daughter Charlotte in childbirth, and the reluctance and/or inability of George’s royal brothers to beget legitimate heirs, she may never have ascended the throne.

Imagine – no Victoria, no Victorian Age. What a loss for Great Britain and the world that would have been!

In the second season of Victoria, there's an episode where we see the young queen and her husband encouraging the arts and sciences to flourish in their kingdom. Featured in that episode were an African-American actor, Ira Aldridge, and a female mathematician, Ada Lovelace (whom I mentioned in an earlier post on Byron, Mad, Bad, and Dangerous to Know).

Ira Aldridge and Ada Lovelace weren’t the inventions of some screenwriter’s vivid imagination – they were real people, born during or just before the Regency era. Both were notable pioneers in their respective fields.

I could write lengthy posts about these remarkable people, but I’ll limit myself to a snapshot of their lives. Here are a few facts about each of them:


So there you have it: two people who lived almost two centuries ago, whose legacy continues to inspire contemporary ideas and innovation in the arts and sciences.

Victoria and Albert would be proud.

For more on Ada Lovelace, here’s a quick clip explaining her contribution to the computing world:

Email ThisBlogThis!Share to TwitterShare to FacebookShare to Pinterest
Labels: Art and Culture, Personalities, Science and Technology