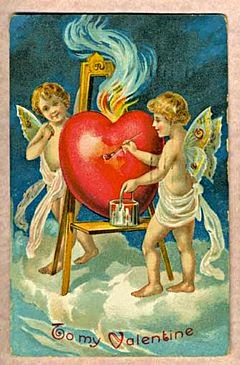 Ah, Valentine’s Day, the time of year when a young girl’s fancy turns to . . . chocolate. (At least if that young girl is like me.) And if the girl in question is also obsessed with the Regency, she may be wondering if chocolate was around during the Regency.

The answer is yes and no. During the Regency you could drink a cup of chocolate, but it was a gloppy, spiced brew not very similar to the hot cocoa we drink today. And on St. Valentine's Day, a lucky Regency miss could hope for a love note from an admirer, but a box of chocolates was out of the question.

By the time of the Regency chocolate had been in Europe for several centuries. Derived from the fruit of the cacao tree, chocolate was consumed in what is now Mexico and Central America by the Mayan and the Aztecs as early as the 6th century, for religious and medicinal purposes. These native Americans took their chocolate cold and unsweetened (because they didn't have sugar) and considered it a health drink.

Spanish explorers brought chocolate to Europe in the 16th century. The Spaniards made their chocolate into a hot drink, adding sugar and spices like cinnamon and nutmeg to sweeten its essential bitterness. It's no surprise that sipping this delicious mixture caught on and became not only a fashionable custom but a very exclusive one as well, not doubt due to cost. At first only members of the Spanish nobility were allowed to drink chocolate.

But that didn't last long, and soon chocolate was widely available. Chocolate houses catering to wealthy customers who could afford the expensive brew became popular in London, especially in the 18th century. These establishments were only for males (no women allowed) and were often regarded as dens of iniquity, where decadence and debauchery reigned. Many an ancient fortune or estate was lost on the roll of the dice at these gambling hells.

White’s Chocolate House in London was perhaps the best known chocolate house, and it still exists today as a gentlemen's club. Now it's just called White's, but membership is still restricted to males. (In 1981 Prince Charles held his bachelor party there before he married Diana Spencer.)

White’s was famous for its betting book, where club members would enter bets on all sorts of matters, both trivial (betting on the outcome of a sporting event) and serious (betting on how long someone was going to live). A bet written in White's book regarding the outcome of an engagement or a love affair is a major plot element in many a Regency romance.

A chocolate house like White's also served less costly brews such as coffee and tea, or cheaper still, something called saloop. Saloop was made out of sugar and brewed sassafras root. It had a slight kick, but nothing like the stimulants in the more caffeinated brews.

For a while saloop was quite popular. But unfortunately for saloop-vendors, the brew lost favor when it became known as a cure for venereal diseases. After that, no one wanted to be seen drinking saloop in public, and who could blame them?

An upper class Regency miss might drink chocolate in the morning with her breakfast. Her chocolate would be poured from a chocolate pot, though maybe not a pot as fancy as this one:

It wasn't until 1828 that a method was developed to separate the greasy cacao butter from the seeds of the cacao fruit. This discovery was a product of the Industrial Revolution, and it resulted in a much better, purer cocoa powder that was ideal for mixing with milk to make hot cocoa.

And this new process, which I think should go down as one of the great achievements of mankind, also made the creation of edible, solid chocolate possible, leading to the chocolate candy we all know and love today. 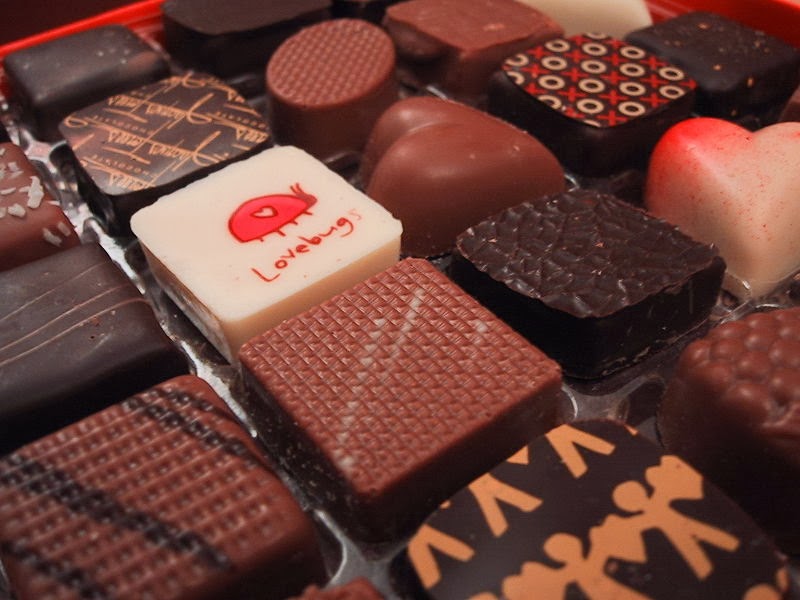 Love and chocolate - I think they make a great combination, for Valentine's Day or any day of the year!
***
Images courtesy of Wikimedia Commons
at February 14, 2014