The effects of the Mt. Tambora eruption in 1815 weren't felt in Europe and North America until 1816 and lasted for a number of years. At the time, no one understood that the change in weather patterns was due to a volcanic eruption in the Dutch East Indies, almost 10,000 miles away. It wasn't until the last half of the 20th century that scientists conclusively demonstrated the global cooling effects of volcanic eruptions.

Immediate effects of the 1815 eruption
The earliest indication that the weather patterns were changing came in December of 1815, with the changes becoming obvious by the time spring and summer arrived. Though Asia experienced an abnormal monsoon season and there was a famine in China, the most dramatic effects of the Mt. Tambora eruption were observed in the U.K., Western Europe, the Atlantic regions of Canada, and New England.
Europe
July of 1816 was the coldest on record in England, and the year itself was the 11th coldest, with the third coldest summer, since 1659. These temperatures contributed to August frosts in England and Europe, and the flooding of major rivers, including the Rhine, due to abnormal storms and unusually heavy rain.
In December of 1815, red and yellow snow fell in record amounts near the Adriatic coast. Fearing that  event was an ominous sign from God, the residents held a religious procession. That winter also saw unusual amounts of snow and freezing rain in the Abruzzo region. Intense blizzards blanketed Hungary, and because of the ash in the atmosphere, the snow that fell was brown.
People were already experiencing food shortages across Europe in the aftermath of the long Napoleonic Wars. But the lowered temperatures and heavy rainfall resulting from the Mt. Tambora blast caused the oat, wheat and potato harvests to fail, resulting in famine across Britain and Ireland. In Germany, the lack of food was especially acute. 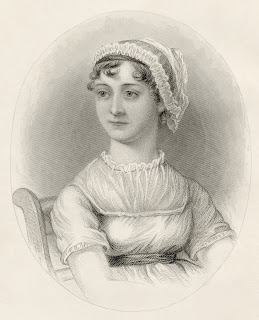 For Jane Austen, the summer of 1816 was rainy and miserable. Writing to her nephew about the weather that summer, she said “It is really too bad, & has been for a long time, much worse than anybody can bear, & I begin to think it will never be fine again.”  She also recounted a conversation with a neighbor where she noted “of its’ being bad weather for the Hay – & he returned me the comfort of its’ being much worse for the Wheat.”
Across Europe food prices skyrocketed, and not knowing the cause of the spike, the hungry protested in front of bakeries and grain markets. Riots followed, with arson and looting. Though riots during times of food scarcity weren’t uncommon, the food riots of 1816-17 were some of the most violent since the French Revolution.
And that wasn’t the end of the miseries. Famine and malnourishment breed disease, and between 1816 and 1819 major typhus epidemics broke out across Europe, especially in Italy, Switzerland, Scotland, and Ireland. As the disease spread throughout Great Britain and Ireland it killed more than 65,000 people.
North America
Abnormal weather afflicted the newly minted United States of America as well. A “dry fog” hung over the eastern states in the spring and summer of 1816. It reddened the sky and darkened the sun, and neither wind nor rain could disperse it. But the real problem was the summer cold and drought that damaged and killed crops, especially corn, causing widespread food shortages.
Frost, snow and ice made an unseasonable appearance that summer in the U.S. Similar to Italy and Hungary, Maryland’s snow was discolored  –  brown, bluish and yellow. In Lebanon, New York, the temperature dipped below freezing nearly every day during May, and in early June the ground froze. In Pennsylvania, there was ice in the rivers and lakes during July and August, and Virginia saw frost in August. Across the new country, the unusual cold was accompanied by lack of rain.
“We have had the most extraordinary year of drought and cold ever known in the history of America,” Thomas Jefferson wrote to a friend. “The summer, too, has been as cold as a moderate winter.”
Long-term effects
The summer of 1816 made a deep impression on those who lived through it, and led to the development of scientific and technological innovations, cultural movements and the birth of  a new literary genre.
Here are a few examples of how that year affected society in lasting ways::
Science 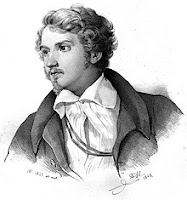 Justus von Liebig was only 13 years old and living in Darmstadt during the summer of 1816. He saw first-hand the famine-caused suffering, especially severe in Germany. The starvation he must have witnessed as a child surely influenced his life and inspired his work in agriculture to prevent future famines.
As an adult, Liebig became a scientist, studying biological and agricultural chemistry, and today he is considered one of the founders of organic chemistry. Because of Liebig's innovations in plant nutrition and mineral fertilizers, the famine of 1816 was described as the "last great subsistence crisis in the Western world" by John Dexter Post in his 1977 book.
Another German,  prolific inventor Baron Karl von Drais, observed the crop failures caused by the disrupted weather patterns of 1816 and pondered their effect on the horse-based transportation system of the time. Due to scarcity, the price of oats climbed, and since oats were needed to feed horses, the cost of travel increased as well.
So, Drais went to work and invented his “Laufmaschine,” (also called a velocipede, draisine, hobby horse or dandy horse), a simple two-wheeled machine that has evolved into today's bicycles and motorcycles.
Von Drais' machine didn't have pedals but it was one of the first examples of mechanized personal transport. His first ride, on Baden’s best road in June of 1817, covered a distance of 4.3 miles and took a little more than an hour. Nevertheless, that ride was a major milestone in the development of horseless transportation.
The settlement of the American West
Some Americans fleeing the dire consequences of the unpredictable summer of 1816  (including crop failures, famine, forest fires, flooding, drought, frost  and snow) left their New England homes and migrated to the Northwest Territory. As a result of this population influx, Indiana became a state in 1816 and Illinois followed two years later.  Looking for a better life, these farm families were the beginning of the settlement of the American West, and helped establish what became known as America's Heartland.
One such family, led by Joseph Smith, left Vermont for Palmyra in Western New York, setting off a chain of events that eventually led to the Book of Mormon being published and the establishment of the Church of Jesus Christ of Latter-day Saints.
Literature
Lord Byron and his friend John William Polidori, who was Byron's personal physician and also a writer, passed the summer of 1816 in Switzerland at the Villa Diodati near Lake Geneva. In June they were visited by the poet Percy Bysshe Shelley with his 18-year-old wife Mary, and Claire Clairmont, Mary's step-sister and Byron's mistress.
Kept indoors by the incessant rain, the group decided to hold a contest to see who could create the best scary story.
Mary's story became the first draft of the horror classic, Frankenstein; or, the Modern Prometheus, which she published in 1818.
Byron told a story about a vampire, which prompted Polidori to write The Vampyre in 1819. Polidori's novella has since inspired countless vampire romance stories, including The Twilight Saga by Stephenie Meyer, creating a new sub-genre of gothic fantasy fiction - the romantic vampire.
Also that during that cold and rainy summer, Byron wrote a poem titled "Darkness." It is perhaps the most evocative contemporary account of what that summer must have felt like to the people who lived through it:
The bright sun was extinguish'd, and the stars
Did wander darkling in the eternal space,
Rayless, and pathless, and the icy earth
Swung blind and blackening in the moonless air;
Morn came and went—and came, and brought no day,
And men forgot their passions in the dread
Of this their desolation . . .
The poem goes on to great detail describing global devastation, including forest fires, famine, and widespread death resulting from this darkness, ending with these lines:
The winds were wither'd in the stagnant air,
And the clouds perish'd; Darkness had no need
Of aid from them—She was the Universe.
The aerosol veil that covered the earth after the eruption of Mt. Tambora in 1815 eventually dissipated, letting the sun's rays once again shine through the earth's atmosphere. However, today our heavy use of fossil-burning fuels, which started with the advent of the Industrial Revolution and has been intensifying ever since, is creating its own climate change with potentially catastrophic consequences.
Unlike 1816's volcano-caused aerosol veil,  today's climate changes won't go away by themselves. 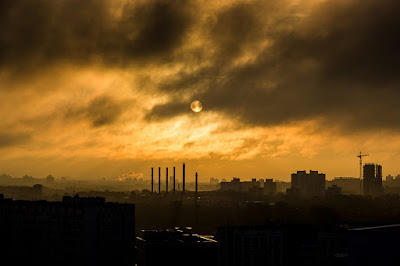 Can we reverse the effects of our man-made climate change? I believe if we come together as inhabitants of Planet Earth, putting aside our superficial differences and employing our human determination, resourcefulness and intelligence, we can solve this problem for ourselves and the benefit of future generations.
We have to. We can't afford to fail.
**