The Genius of Jenner: Part 2 of Edward Jenner and the First Vaccine

The solution to safer smallpox inoculations came from English physician Edward Jenner. And surprisingly, he got help from a cow.

Edward Jenner was born into a big family (he was one of nine children) in 1749 in Berkeley, Gloucestershire. Because his father was a clergyman, young Edward and his siblings got a good basic education. But getting variolated as a teenager had an even greater impact on his life.

Jenner was grateful that he avoided smallpox by his variolation at a young age. But he was also aware of the risks of the procedure. Variolation carried potentially dire consequences. The patient could die from the procedure, or contract a mild form of the disease which could then spread and cause an epidemic.

Victims of variolation could be found at all levels of society. Even King George III endured a loss due to the procedure; one of his sons, Octavius, died of smallpox at age 4 in 1783 after being inoculated with the virus. His sister Sophia, just a few years older, was variolated at the same time as her brother and recovered fully with no problems.

As it turned out, little Prince Octavius was the last British royal to die of smallpox.

As he grew older, Jenner studied both zoology and human biology. That’s how he learned of a possible link between an animal disease and the dreaded smallpox that could be the key to safer inoculations.

The disease was cowpox. And it’s no wonder it attracted attention. Cowpox was a much milder disease than smallpox, and it didn’t cause as much scarring and death in the humans who contracted it. In fact, cowpox fatalities were less than one percent. 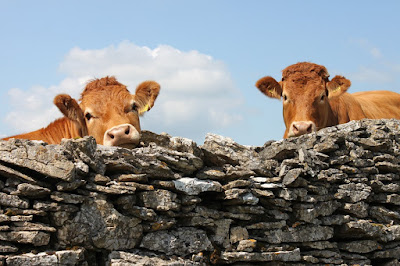 By the time Jenner began his career in the 1770s, there was growing evidence through observations by other doctors and even farmers that getting cowpox could be a way to avoid getting smallpox.

But these observations lacked solid proof. So when Jenner noted that dairymaids who worked with infected cows rarely got smallpox, he began to study the phenomenon in a disciplined and scientific way. He hypothesized that not only did contracting cowpox result in immunity to the disease, but also that a method could be developed to transmit this immunity.

To test his hypothesis, he found a cowpox-stricken dairymaid and used her infected blisters to inoculate 8-year-old James Phipps. Phipps fell briefly ill but recovered. And when Jenner then exposed Phipps to smallpox and the boy didn’t contract the disease, Jenner concluded his experiment worked.

Jenner tested his newly developed vaccine on many people, including his own son, before publishing his findings. When he did self-publish his Inquiry in 1798 (its full title is An Inquiry into the Causes and Effects of the Variolae Vaccinae, a Disease Discovered in Some of the Western Counties of England, Particularly Gloucestershire, and Known by the name of the Cow Pox) it was an immediate hit and he quickly became famous. Other scientists validated his observations, and by 1799 more than a thousand people had been vaccinated.

Such was his fame that even Jane Austen knew about Jenner. In a letter to her sister Cassandra, she describes a dinner party where guests took turns reading from “Dr. Jenner’s pamphlet.”

Napoleon was another fan. Despite waging war against the British, Napoleon had Jenner vaccinate his troops and awarded him a medal, calling him one of the “greatest benefactors of mankind.”

And in 1821 Jenner was named “physician extraordinary” to the newly crowned King George IV, the monarch formerly known as the Prince Regent or Prinny.

So, at last there was an effective way to prevent the deadly disease of smallpox. But not everyone was enthusiastic about Jenner's new vaccine. Just as there are anti-vaxxers today, there were those in Jenner’s time who strongly opposed vaccination.

Religious leaders objected both because the vaccine was derived from an animal and was therefore "unchristian," and also on the grounds that by preventing the disease and its death toll the vaccine thwarted God’s will.

Then there were those who didn't trust the science behind the vaccine. They were afraid of side effects, didn't believe the vaccine would work, and feared it was too risky. Others protested that vaccination was an attack on their freedom of choice. (That argument intensified in subsequent years when vaccinations, especially for children and infants, became mandatory.)

Anti-vaccine sentiment wasn't confined to Jenner's time and place. In Colonial America, Puritan minister Cotton Mather became a target of outrage in the 1720s for his outspoken support of smallpox inoculation via variolation. One protestor even lobbed a bomb through a window of the minister's Boston home in an effort to stop Mather publicizing his pro-inoculation arguments.

With this much resistance, the battle against smallpox was far from over.

What happened to this dreaded disease? See Jenner’s Legacy, Part 3 of Edward Jenner and the First Vaccine, for the answer.

Images courtesy of Pixabay and Wikimedia Commons
at June 01, 2021