Originating in Britain in 2009, Ada Lovelace Day celebrates the achievements of women across the world in science and mathematics and promotes the education of girls in STEM-related disciplines (science, technology, engineering and mathematics).

And it’s fitting that Ada is honored in this way. Born during the Regency and fathered by Lord Byron, one of England’s most celebrated poets, Ada was a pioneer of computer technology - an unknown field during her lifetime.

A student of advanced mathematics, she became one of the first people to realize the potential of machines to perform intricate calculations, something we take for granted today.

The fact that she was a woman, living in a time when women were not encouraged to pursue studies in science or mathematics, makes her achievements all the more remarkable.

We can thank Ada’s mother, Lady Byron, and her unhappy marriage to Ada’s father for Ada’s education. Fearing that she would take after Lord Byron, her “mad, bad, and dangerous to know” father, Lady Byron steered her daughter towards the study of logic and math, and as far away from poetry as possible.

Ada’s private tutor was Mary Somerville, a renowned Scottish scientific author and researcher. When she was just a teen Ada began working with British engineer and inventor Charles Babbage, who was developing a calculating machine that he called his Analytical Engine.

Even marriage to the Earl of Lovelace and bearing three children didn’t deter Ada from her work. It was while transcribing an article on Babbage’s prototype that she began to really see the capabilities of the Analytical Engine. In her notes, she worked out a method to calculate a series of Bernoulli numbers on Babbage’s machine, had it been built.

In other words, Ada wrote a detailed computer algorithm, the first ever published, for a computer that had yet to be created. And if she hadn’t died of uterine cancer in 1852 at the age of 36, who knows what more Ada could have done.

Ada’s contribution to the field of mathematics and computer science went largely unnoticed for over 100 years.

Now there’s Ada, a computer language created for the U.S. Department of Defense, named for her. Among other honors, there's also the Association of Women in Computing's Ada Lovelace Award and the British Computer Society's Lovelace Medal - awards designed to recognize and encourage women's contributions to computer technology.

Ada's name is on computer academies, college buildings, and even one of the two boring machines used to dig the tunnel for the London Crossrail project. Plus, in 2017 she became the subject of a New York Times best-seller written by Jennifer Chiaverini, titled The Enchantress of Numbers - the nickname Babbage bestowed on his friend and colleague.

Since Ada's time, women have been making significant inroads into formerly male-dominated STEM fields. Their stories are becoming part of our popular culture.

For example, Hidden Figures is a 2016 movie based on a book about three African-American female mathematicians who played significant roles behind the scenes in the U.S. space program in the mid-20th century. In particular, Katherine Johnson’s knowledge of orbital mechanics and her calculations were a crucial factor in the success of NASA's first manned spaceflight.

Here is a clip from Hidden Figures, showing how Johnson solved a critical problem using her math skills: 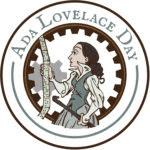 Email ThisBlogThis!Share to TwitterShare to FacebookShare to Pinterest
Labels: Personalities, Science and Technology