Somehow while writing this blog I got on a press release list for the British Museum, which has been interesting. This spring the museum is hosting a major exhibition titled “Vikings: Life and Legend.” I doubt I’ll make it to London to see it. But this news caught my eye anyway, because like many people I’m fascinated by Vikings.
These Norsemen were expert sailors and boat-builders, as well as pirates and mercenaries who raided neighboring lands. They pillaged monasteries in England, traded with the Muslim world and fought for the Byzantine Empire.  They eventually put down roots in the British Isles, Greenland, Iceland and even Canada, far away from their Scandinavian homeland.


The Viking Age only lasted a short time for an “Age” (approximately 300 years, from about 750 to 1050 AD) but Viking names and even some of their everyday expressions have entered the English language. When you use words like egg, scrawny, law, bread, fog, die, down, fog, lump, spud and muck you’re talking like a Viking. And many popular U.S. baby names, like Eric and Kari, have Viking origins, too. (Other common Viking names, like Thorvald and Solveig, haven’t caught on yet.)

But what do Vikings have to do with the Regency? Well, despite being invaded repeatedly by Vikings during the Viking Age, the English during the centuries that followed weren't that interested in learning about Vikings. Even the word “Viking” was almost unknown until the beginning of the 19th century – it didn't even appear in the Oxford English Dictionary until 1807.
During the 18th century people began to be interested in old Norse culture and legends, and during the Regency the first stirrings of a Viking Revival began. By Queen Victoria’s reign Vikings were no longer thought of as just bloodthirsty raiders. Vikings caught the imagination of academics, archaeologists and even artists and writers. Paintings, operas and epic poems were created depicting Vikings as heroes and noble warriors.
Currently Vikings seem to be enjoying another wave of interest. The History Channel is in its second season of Vikings, an original TV series chronicling the adventures of Ragnar Lothbrok, fearless warrior and aspiring king of the Viking tribes.
And then there are the current movies, Thor and its sequel Thor: The Dark World. Though based primarily on Marvel comic books, the Thor movies are also grounded in Norse mythology, the religion of the Vikings. 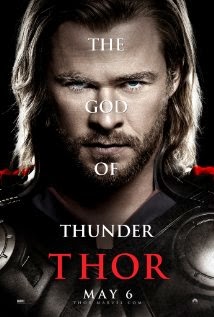 Given how the Vikings roamed the world establishing settlements, it’s possible we all have a little Viking in us.
Want to see your name written in the Viking alphabet? Click on this NOVA website to find out how.